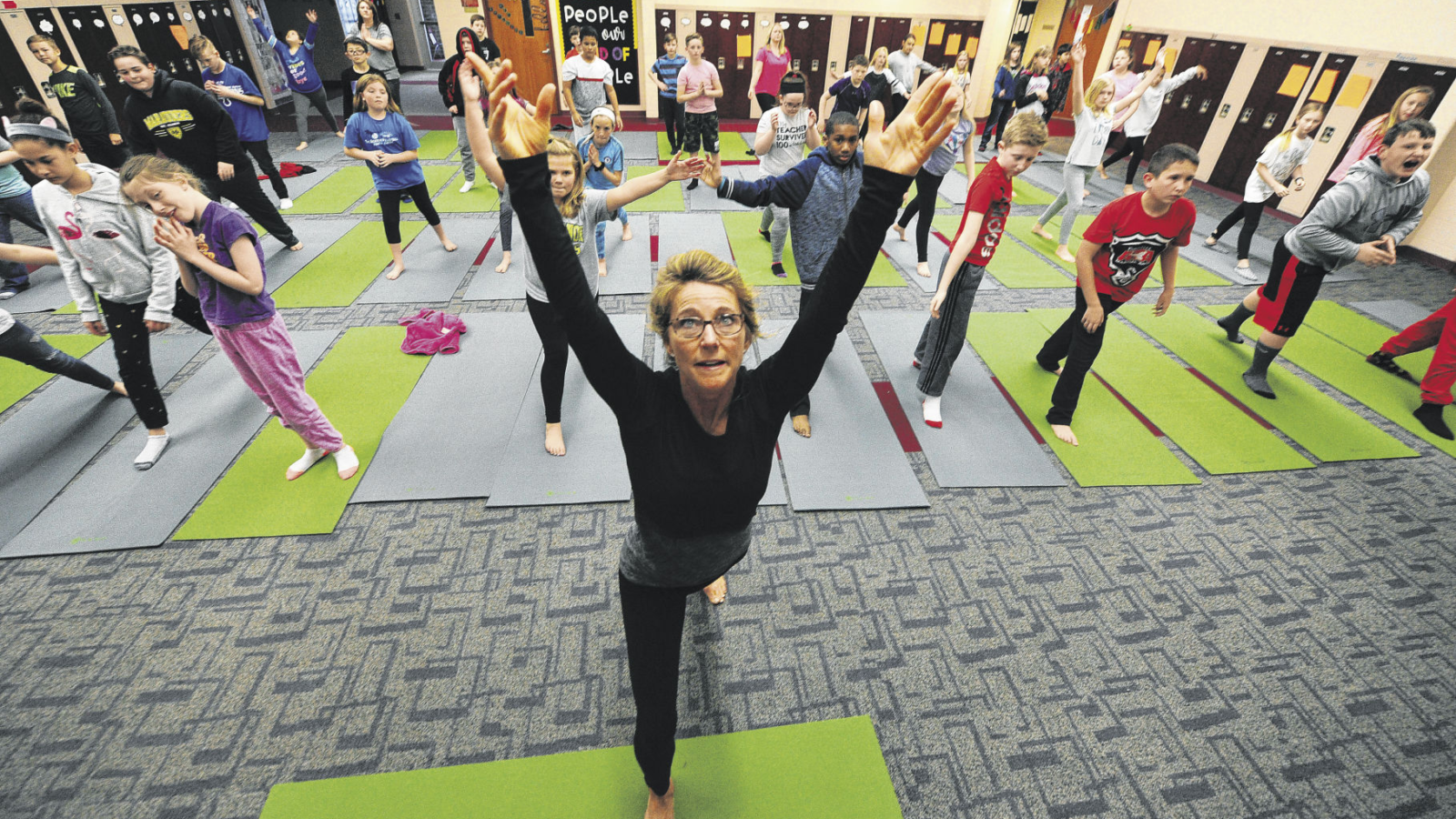 In 2019, the Mt. Vernon Education Foundation provided a $5000 grant to Fortville Elementary School to create a pilot program that provided yoga instruction to all students and teachers at FES. The weekly sessions are helping students find healthy ways to react to their emotions, according to faculty members.

Jo Beitel came each week to Fortville Elementary School from 8 a.m. to 2 p.m. on Tuesdays and Fridays. The program provides each student with one 40-minute yoga session per week. Beitel has been practicing yoga for about 20 years and teaching for about four. She is president and CEO of Indianapolis-based Jo Pro Health. Her students range in age from around 3 to around 90, she said.

Yoga’s postures and breathing exercises spur physical benefits like strength, endurance and aerobic capacity, Beitel said, while also promoting mental advantages like mindfulness. The practice helps students replace fear-based, fight-or-flight responses with the ability to think about how they feel and respond in a healthier manner.

Former FES Principal Stacey Muffler agreed. “We have a lot of students that struggle to identify what emotion they’re feeling,” she said. “As adults, we can’t expect kids to respond appropriately to emotions they don’t understand. Sometimes our lives are just so busy and go-go-go that we have to stop and feel, and this gives them that opportunity to stop and feel.”

“I know hands-down we have seen the number of office referrals decline since we started this program,” Muffler said. That doesn’t mean students still don’t have their struggles, she continued, but lately they’ve often been able to work through those struggles by themselves or with a teacher’s help before an office referral is necessary.

Muffler said the motivation behind the program was to also offer yoga to faculty, who have been participating alongside the students. Many staff members have never done yoga before, she continued, adding their inexperience helps make them a model for their students and forge a bond. When students see that their teacher who have never done Yoga in School giving it their best, it encourages them that they can find their way together, she said.

Taylor Bastin, a FES student, has enjoyed the weekly yoga sessions throughout the school year.

“I think it’s been helpful because through the week we get a lot of work, so it relieves the stress and it helps us relax to get work done so we’re not all stressed out about it,” she said. “And I think it makes us calmer so we’re not as rowdy, we’re not messing around as much.”

Taylor’s favorite yoga posture is the crow pose, which requires a person to hold his up with his hands planted on the ground and their knees resting atop the backs of their arms.